Delhi Deputy Chief Minister Manish Sisodia said that the decision will apply to all final-year as well as other semester examinations in the universities run by Delhi Government. 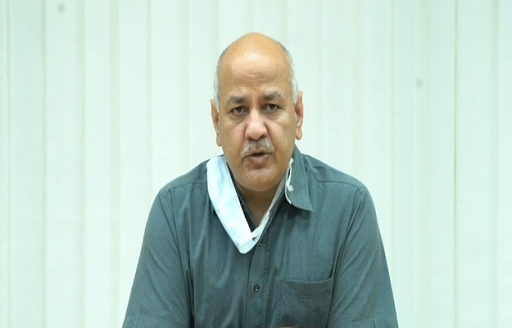 Delhi Deputy Chief Minister Manish Sisodia said: “Throughout this whole semester there were minimal studies. All laboratories and other such facilities were closed. We believe that it is difficult to conduct exams when regular classes have not been held. Delhi Government has decided to cancel all final-year and semester examinations for all semesters in state-run universities.”

Manish Sisodia said there will be no state-prescribed mode of evaluation but the universities have been left to decide on a "progressive" system that doesn't involve exams.

Delhi Government’s decision comes after the University Grants Commission (UGC ) had instructed all universities to conduct exams by September 30. The new UGC guidelines had come under criticism from states, students and teachers who accused the commission and the Ministry of Human Resource Development (MHRD) for putting the students' lives in danger. Ministers or officials from Maharashtra, Odisha, Punjab and West Bengal have written, or said they will write, to the Centre saying they cannot hold exams.

Delhi Government's announcement came on the same day that HRD Minister Ramesh Pokhriyal Nishank defended UGC decision to conduct final-year university exams, and said that performance in examinations are a “reflection of their (students’) ability, performance and reliability that is essential for global acceptance”.

In Delhi, DU's decision to hold online open-book exams had come under heavy criticism from teachers and students citing unequal access to internet facilities. The new UGC guidelines advocating exams had brought this issue into focus again. Teachers and students from DU who have been opposing exams and have challenged the decision to hold them in court believe this will help their court case.

Popular posts from this blog